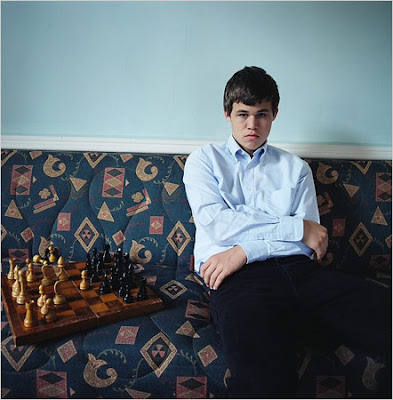 But Magnus stands out for more than just his age. His style of play and sang-froid are unusual. Since he began playing at the age of 8, he has favored tactically complicated positions, creating situations in which he is comfortable, and his opponents, even the best ones, often wilt. He is also mentally tough. He said that sometimes during games he loses his concentration, but then he silently scolds himself, saying: “You are not going to lose this game like an idiot. Try to pull yourself together.”